This news report — see below — was printed in the now-defunct Vijay Times, a Bangalore newspaper, on December 26, 2003. I use it every year to point out to my students that sub-editors, or copy editors, play a very important role in newspaper production and this is what can happen when a sub falls asleep on the job: 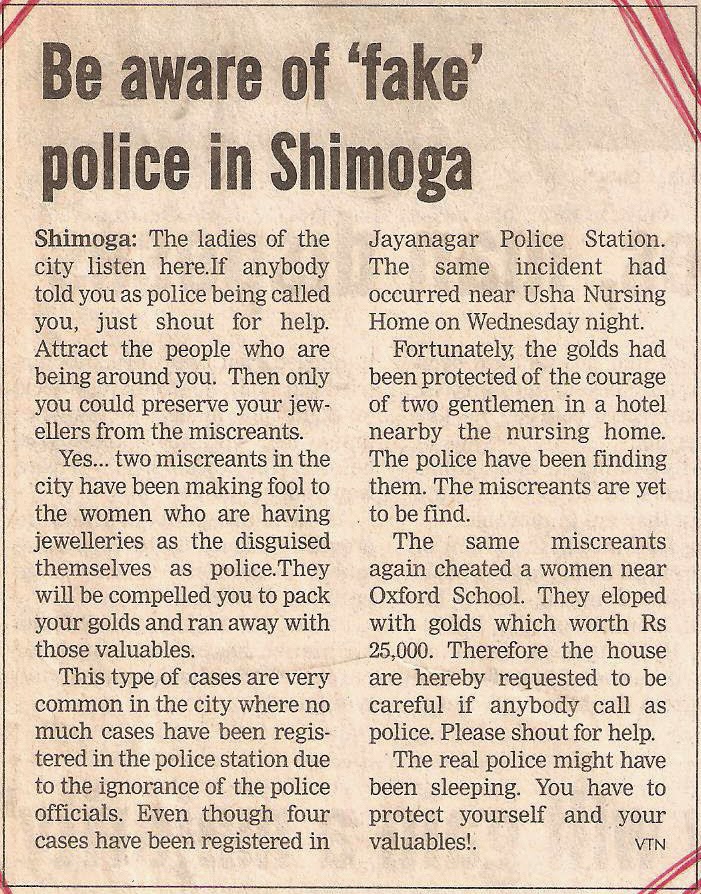 Here's the text of the report:

BE AWARE OF 'FAKE'
POLICE IN SHIMOGA

Shimoga: The ladies of the city listen here. If anybody told you as police being called you, just shout for help. Attract the people who are being around you. Then only you could preserve your jewellers from the miscreants.

Yes… two miscreants in the city have been making fool to the omen who are having jewelleries as the disguised themselves as police. They will be compelled you to pack your golds and ran away with those valuables.

Fortunately, the golds had been protected of the courage of two gentlemen in a hotel nearby the nursing home. The police have been finding them. The miscreants are yet to be find.

The same miscreants again cheated a women near Oxford School. They eloped with golds which worth Rs 25,000. Therefore the house are hereby requested to be careful if anybody call as police. Please shout
for help.

The real police might have been sleeping. You have to protect yourself and your valuables!