A heart-felt tribute to a superstar of Indian television news... 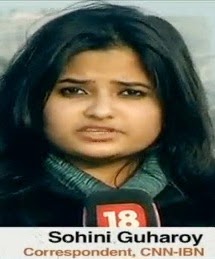 ...by Commitscion SOHINI GUHAROY (Class of 2013), who works with CNN-IBN in Noida:

Life has its own way of teaching us humility. What begins always has to end. Career, power, efforts, money — all have their own way of winding up, but it startles us to accept the harsh reality at times even when it is right in front of our eyes.


We have been reading several articles, tweets about Rajdeep Sardesai quitting since the last few months. My inbox has several messages from various acquaintances asking me what the situation in office is like. Is Rajdeep quitting? Who next? I have somehow never liked these questions and often chose to ignore them. Somewhere there was a bleak hope, that these articles would just be rumours, and some months later he would again come out of his cabin and yell if something was going wrong on the ticker.

He is THE boss, and just not like any other boss. He is someone everyone in the newsroom looks up to. His inspiration, his stamina, his passion have always been the driving force. I have often envied the people who've got the opportunity to work closely with him for a longer time.


Rajdeep sir had come to my college seminar, Expressions 2012, in Bangalore. That's where I first saw him in person, heard him addressing a group of young minds who were ready to step into the world of journalism. With eager ears and twinkling eyes, we all sat in the auditorium listening to the man,who gave us goosebumps as he spoke.

He gave us some anecdotes about his journey from a print journalist to a television journalist, he told us about the days in 1994 when "news was a monopoly of the government". But, today, "we're in the best of times" where we have a voice that can impact many, he said. A remarkable orator himself, he almost transfused his passion and infectious energy to us.

Two years down the line, I consider myself extremely lucky to have worked in the same newsroom with Rajdeep sir as the boss.

Every time he came out of his cabin towards the editorial desk to say how a certain news peg should be different, or how a certain story needs to be packaged in a certain way, or even maybe to show some interesting images in his Ipad, all eyes would be at him. Among the lookers were many who had worked with him for as long as maybe 12 years or more. And trust me, the look in everyone's eyes towards him in the newsroom has always been of immense respect.

The tears that didn't want to say goodbye to him said it all on his last day.

As part of the news team in CNN-IBN, I've seen several raw unedited feeds of interviews or stories that Rajdeep sir did. The respect he gets off-camera as well as on-camera from the journalist community to politicians, economists, and people across the spectrum is unbelievable.

Being the election season, on the counting day, he was in office at 5 am, inspiring the editorial team with his energy and excitement. The anchor schedule showed he would anchor from 6 am to noon and again from evening till the last bulletin roll.  And not a moment did we see him wear out. And covering the elections was not only a day's job.

The ground reports that he did by travelling across India, by talking to the people and getting a flavour of the election from the streets was as tiring as appealing it looked on screen. Working and observing a great mind like him has taught me a lot about life. That, at the end of the day, the deciding power is always in our hands. We might not realise it often, but we are the makers of tomorrow.

On a personal note, thank you sir, for being a true inspiration and a silent mentor. 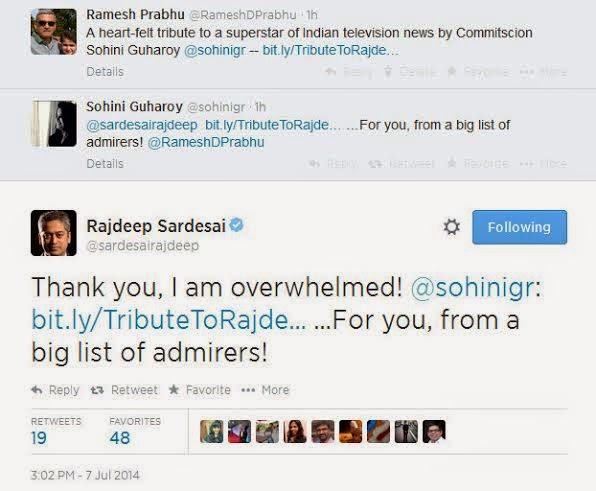 "Forget the cynics; journalism
is a great profession"

This is one of  the toughest letters to write. After nine wonderful years at IBN 18, it's time to say goodbye. I must confess it's not easy to leave a baby that one has helped create/build/grow and to leave such great colleagues. But I guess certain things in life are written in the stars. Editorial independence and integrity have been articles of faith in 26 years in journalism and maybe I am too old now to change!

I would though like to look at the brighter side, the many happy times we have all shared. I still remember when we decided to set up an English news channel: we had one chair and a table, and no one gave us a hope in hell.
I recall an advertising executive watching our pitch and asking why we were even attempting a new news channel. But madness and a passion for journalism as defined by the spirit of  "whatever it takes" can break many a wall: we eventually did it! 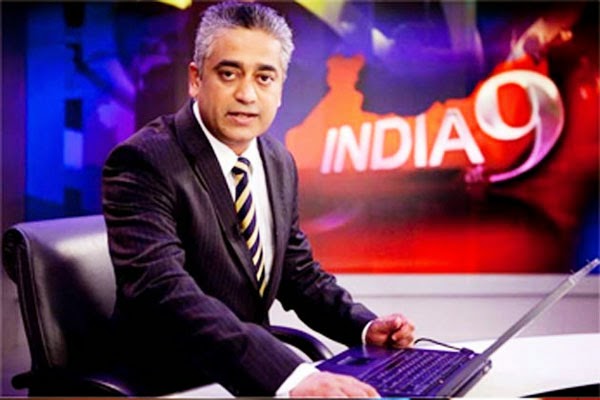 CNN-IBN was a remarkable success: in nine years, we achieved the seemingly impossible in the news business: ratings, revenue, but most crucially, RESPECT for our journalism. I am told that our awards tally is now over 200, more than all the other channels put together! This year's election coverage was a good example of what we have been able to achieve: a friend in CNN said he would have been proud to put together such a formidable line up of  programming.

IBN 7 had a more difficult period in a highly competitive market, but again I can look back with pride on the achievements of  the channel. We had a fire in the belly as typified by the tagline "Khabar har keemat par". I remember in a small town in UP when an elderly gent came to me and said, "Sir, maan gaye, aap hee ka channel hai jo na Mayawati ko na Mulayam ko chhodta hai!" And thank you to the IBN 7 newsroom for helping me improve my Hindi to the point where I could maybe anchor in Hindi one day!

And then to my friends in IBN Lokmat: you guys in many ways are the real rock stars. You overcame every challenge to build a channel of  substance. You created programming that won awards at the national level and stories that made the people of Maharashtra sit up. "Chala Jag Jinkuiya": you showed what the true spirit of journalism can do. My dream was that one day we would have similar quality channels in every Indian language: that dream must wait another day!

Television news is the ultimate TEAM game: I know the hard work that every one of  you put to build this network: from OB drivers and engineers from video editors to video journalists to the newsroom, each of  you deserve the highest acclaim for being there 24 x 7, through winter mornings and summer evenings.

Forget the cynics; journalism, my friends, is a great profession. Good journalism makes a genuine difference to the world by offering a mirror to society. Our stories have exposed corrupt netas and forced ministers to resign; we did stories that got jobs for the disabled, land to the landless, justice to acid attack victims.

Hell, we even pioneered the idea of citizen journalism and of  India Positive and Real Heroes to showcase an India that otherwise is lost in the noise of  breaking news.

Yes, putting news above noise, sense above sensation and credibility above chaos must remain a credo forever: else journalism will lose its moral compass.

I hope the new management will always put journalism first and I wish them well.

I don't want this note to be too long (editors takes can get awfully long-winded) so I shall end here. I shall leave you with a Hindi film song which I believe should be a life philosophy: Aadmi musafir hai, aata hai aur jaata hai, aate jaate raste pe apne yaadein chhod jaata hai.

I hope, in my own small way, I have touched you on life's journey; you guys certainly have made me a better person. I will treasure the memories of  what must be nine of  the best years of my professional life. As I move on, I have no doubt our paths will cross: the friendships and warmth will endure forever.

Thank you for the memories,

P.S. Am sorry if I would occasionally call at 3 in the morning. Blame it on being a news junkie. And remember, every time there is a spelling mistake on the ticker, my ghost will haunt you!