How does a great photographer prepare to shoot a portrait of Queen Elizabeth and Prince Philip?

What a wonderfully instructive experience this is!

Here, in a passage from a masterly essay by my new favourite author, Janet Malcolm, is the famed German photographer Thomas Struth, describing his preparations to make a portrait of Queen Elizabeth and the Duke of Edinburgh:

He studied old photographs and found most of them wanting. He saw the technical mistakes, “what should not happen” — notably their distracting backgrounds. He visited Buckingham Palace and decided it was too cluttered. When the gilded green, red, and white drawing rooms at Windsor Castle were offered, he selected the green room (the white room was “too tired” and the red room “too much”) and spent a day there making test shots.

“While I was there, I said, ‘I want to see the dresser’ — the woman who is in charge of the Queen’s wardrobe. Because the second thing I noticed when I looked at the past photographs of the Queen was that many of the dresses she wears are very unfortunate. She has quite big boobs and she often wears something that goes up to the neck and then there is this stretch of fabric under the face that makes it look small.” (I smiled to myself at Struth’s coarse reference to the royal bosom — a rare lapse in his excellent English.)

The day before the sitting, Struth continued, “the dresser came in with twenty dresses. She was a very nice woman, and we had an immediate chemistry. I felt that she saw me. Later, she told the Queen that I was O.K. — that I was a nice guy. I selected the dress, a pale-blue brocade with garlands, a bit shiny, and it matched nicely against the dark green.”

I asked if the Queen accepted his choice and he said yes. He did not choose the Duke’s costume, except to ask for a white shirt. At the sitting, the Duke wore a dark suit and a blue tie. “He was perfect,” Struth said.

In further preparation, Struth read a biography of Elizabeth, and “I felt sympathy. They were my parents’ generation. She was exactly my mother’s age and Philip was born in 1921, two years after my father was born.”


Later in the essay, Malcolm writes about going along with Struth to visit the printing lab to inspect the portrait:

Struth ... said that the picture was too yellow, and for the next half hour colour adjustments were made on test strips, until he was satisfied that the print had reached the degree of coolness he wanted.

Then the issue of size arose. The print we were looking at was big, around sixty-three by seventy-nine inches, and he asked that a larger print be made. When this was produced, he regarded the two prints side by side for a long while.

It seemed to me that the smaller print was more flattering to the Queen — the larger print made her look larger, almost gross.

Struth finally asked that the smaller print be taken away so that he could study the larger print without distraction, and he finally decided on it.

Further colour adjustments were made on the big print — the Queen’s hands were made less red, the background was darkened, to noticeably good effect — and Struth was satisfied.

The essay contains more details: Struth's experiences during the sitting (he was nervous, he says), Malcolm's analysis of the royal portrait ("a composition of satisfying serenity and readability"), and her take on the art of photography itself ("The camera doesn't know how to lie. The most mindless snapshot tells the truth of what the camera's eye saw at the moment the shutter clicked."). 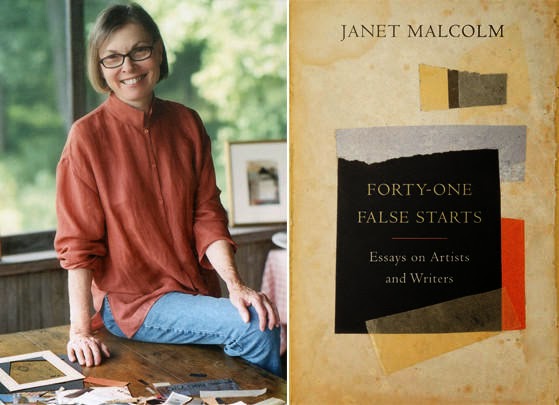 I read the essay in a collection of Malcolm's finest writings, Forty-One False Starts: Essays on Artists and Writers (author and book cover pictured above). But the essay is also available on the website of The New Yorker, where it was first published. You can read it here: "Depth of Field".

By the way, Janet Malcolm was in her mid-70s, in 2011, when she flew over to Germany from the U.S. to interview Thomas Struth. Just sayin'. 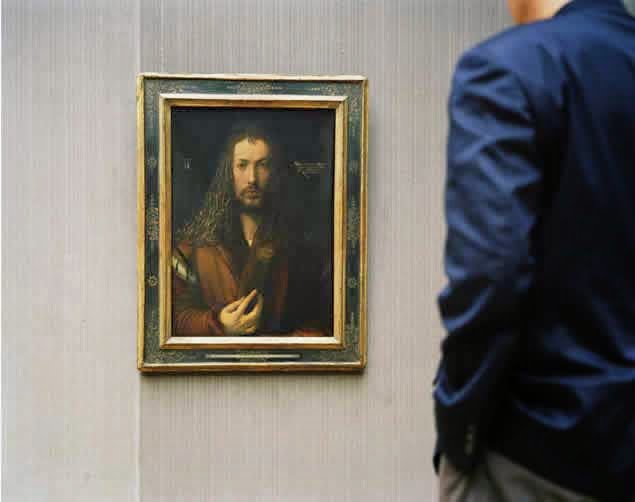 ALSO READ: A profile of Janet Malcolm, who has been writing for The New Yorker since 1963. And "When you have two hours to shoot ace director James Cameron for a National Geographic magazine cover, how do you do it?"