Sometime in September 2009, I came across "How Facebook Ruins Friendships", an entertaining Wall Street Journal article by Elizabeth Bernstein who commented on, among other things, the status messages of Facebook users and the quizzes they were taking with frightening regularity. I sent the link to Commitscions with a note: “Should you read this before you take that next Facebook quiz or update your status message? Tell me.”

And tell me they did: 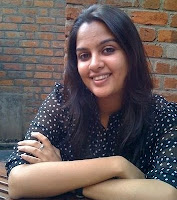 I totally agree with the writer. But sometimes we are so bored or jobless that we change our status message very often. And if you ask me why anyone would want to read your status message, I would say if they did not want to, then they would not be on that social networking site in the first place. It is a good pastime for some.

As for this one particular point in the article — “Facebook can also be a mecca for passive-aggressive behavior. ‘Suddenly, things you wouldn’t say out loud in conversation are OK to say because you’re sitting behind a computer screen,’ says Kimberly Kaye, 26, an arts writer in New York. She was surprised when friends who had politely discussed health-care reform over dinner later grew much more antagonistic when they continued the argument online.” — I have been thinking so much about it lately because two of my friends actually spoke to me over instant messaging on Facebook only to “sort things out”, which they could have done in person. This is like a 'crutch' you use when you want to avoid confronting some unpleasant situations and I do not like it. :(

Just like the social media, people writing on social media never cease to come up with something new! 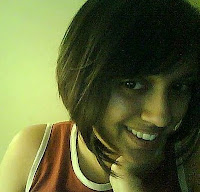 What I don't understand is that people actually have the option of hiding their quiz results on Facebook. But they continue to publish them on their feeds. I’ve even posted a status message to that effect :) 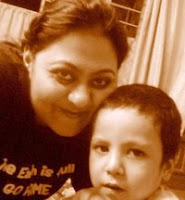 We don’t even realise the nuisance till someone shows us the obvious. I simply loved the line "My question is this: If we didn't call each other on the phone every time we ate before, why do we need the alerts now?" How true! :)

I don't know about everyone else but when I sign into FB I love to scroll down my home page and read my friends' status messages. In my view people think uniquely and their status messages are little windows into their personalities. I like reading them no matter how zany they may be. :) 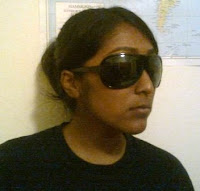 In the article, Elizabeth Bernstein says that relationships can be 'ruined' due to these status messages (I refer only to status messages here). I'd like to tell her that if relationships are indeed ruined because of status messages, then those relationships weren't important or strong enough in the first place. I'd like her to mull over that one. I've noticed that in Western countries, people seem to be mostly self-involved and don't care about what others are doing. I'm fine with that, it's their lives, yada yada yada. BUT... how can Bernstein generalise and say that such status messages are complete time-wasters for everyone? I'm sure feelings about status messages would differ from country to country.

And if Bernstein thinks they're useless why doesn't she just go the whole hog and ignore all of them? Honestly, it's not like FB doesn't function until you finish reading some status messages.

As a parting compliment I'd like to tell her to keep her generalisations to herself.

I completely agree with the author. Even though I'm not on Facebook, I can imagine how annoying those status messages can get after a while — considering I find them annoying on GTalk itself!

It's like everybody wants to desperately be a celebrity and look like they have a life. Frankly speaking, if someone really had a life, they wouldn't have that kind of time to spend on FB, updating their status.

It reminds me of that T-shirt slogan: Don't worry about what people think of you — because they aren't thinking of you! 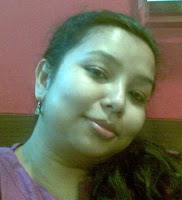 I agree with Elizabeth Bernstein completely. I'll check myself before updating my Facebook status message from now on. :)

It's a really good piece. Simple English, yet effective. Thanks for a good weekend read. :)


For (possibly) the last word on this subject, did you know that when you take a Facebook quiz, you're opening up your entire profile and almost all your personal information to whoever wrote the quiz? For more information, read this enlightening article, “Is Your Facebook Profile As Private As You Think?”.


The lines between our social and work lives have blurred and more of us are using social media such as Facebook, LinkedIn and Twitter to keep up with friends, cultivate industry ties and find new jobs. But when does the information become too racy, too forbidden and too much?


This is the question posed by L.M. Sixel in a column written for The New York Times and reproduced in Mint. If you use social media, and who doesn't these days, you will find the article interesting and helpful. Read it here. (Sixel also provides useful advice on office etiquette, for instance: this feature on office wear and a column about a website that may be able to solve your pet peeves at work.)

WHY COMPANIES SHOULD NOT BAN FACEBOOK AT WORK
Ban it and lose out on countless opportunities. That is the thrust of Mala Bhargava's column in Businessworld. Here's an excerpt:


Facebook, Orkut, etc. can be compelling time-wasters and a huge amount of fun. But blocking these sites is addressing the wrong problem and taking the easy way out.

What a company should be looking closely at is its performance metrics. If an employee is not doing his or her job, tackle that specifically and head on. That the employee was on Facebook when he should have been working isn’t as relevant as one may imagine. If it weren’t Facebook, it would be something else. Look at overall motivation and engagement with the work, look at whether there’s a supervision breakdown of work, and so on. Look at whether the right people are being hired for the job in the first place. What’s Facebook got to do with it?


Read the column in its entirety here.

UPDATE (May 26, 2011): There are many things you can do to take control of your Facebook data and the way you use your account. For example, you may want to avoid the unwanted photo tag, cut off the ads, and even remove yourself from Facebook and Google search. Interested? Check out the very helpful feature in Mint by Shweta Taneja: "Take charge of Facebook".

UPDATE (June 10, 2011):  I feel like gnashing my teeth and tearing my hair out when I see the atrocious spellings in Facebook status updates and comments. So it made my day when Commitscion Sanaa Abdussamad (Class of 2008) sent me the link to a website that features sarcastic, witty, and biting comments on some of the illiterate sentences posted by Facebook users. Click on "The 65 best obnoxious responses to misspellings on Facebook", check out the list, and make sure you don't feature on it one day.