WHAT TO READ (especially if you are interested in journalism)

Here are the recommendations of KRISHNA PRASAD, the editor in chief of Outlook and one of India's finest young journalists. KP's blog, sans serif, is unquestionably the best by an Indian journalist.

FYI, KP was a speaker (pictured below) at the Commits seminar Expressions 2010. 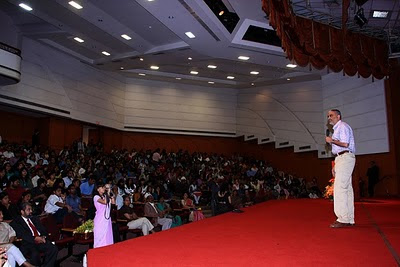 YOU HAVE heard it being said a hundred times in class, so there's no harm listening to it for the 101st time: What you read is really — R-E-A-L-L-Y — going to decide what you will write, and how you will write it. But a good starting step is to read about journalism and about journalists. "After all, if you don't know where you come from, where will you go?"  (Sounds familiar?!)

Since those of you who have just joined Commits have almost two years to go before you get out into the real world of journalism, here's a chance to catch up on some of these wonderful books. This list is by no means exhaustive, and indeed they are horribly subjective. But rest assured all the books are entertaining and interesting, whenever and wherever you read them. Enjoy.

Like the movie Citizen Kane (which is the fictionalised account of the life and times of the publisher William Randolph Hearst), one of the all-time great novels is also built on journalism: Evelyn Waugh's Scoop*. But here are a few other works of fiction centered around journalism.

1)  The Almighty, by Irving Wallace (the inspiration of a Mammooty-starrer called New Delhi)

7) The Quiet American, by Graham Greene

There is not much by way of Indian fiction (at least not in English or at least none that I know of). But if you look hard enough you will find a couple of them: Last Post, by Narender Pani (a fictionalised account of Deccan Herald) and My Own Witness, by Mrinal Pande (a fictionalised account of her time as an NDTV anchor). I also remember somebody called Justin Hardy doing something about his stint at The Indian Express but I forget the title.

For those who love the word and the use of language, there can be nothing more gripping than reading "style sheets": these are the in-house guides and manuals that newspapers and magazines use to achieve uniformity and standardisation. The Economist Style Guide* is universally regarded to be the best and most entertaining, but here are a few others that you might like to read.

1) The Elements Of Style*, by Strunk and White (available in its entirety on the web)

3) The New York Times Manual of Style and Usage*

4) Eats, Shoots And Leaves,* by Lynn Truss, the book everybody has been talking about (and few are using).

5) Waterhouse On Newspaper Style, by Keith Waterhouse, on how tabloids have contributed to make the English language so much more vibrant.

6) On Writing Well*, by William Zinsser, is not really a style sheet but it is a guide nonetheless

7) Championship Writing, by Paula LaRocque, on how to improve your writing

There are very few Indian style guides of note, but the best of the lot should surely be T.J.S. George's Style. I am not sure it's in print any longer, but if you call up The New Indian Express office in Bangalore and ask, they should help. Mr George has also written a very interesting book called The Enquire Dictionary that explains key Indian and Asian words, for those of you unfamiliar between, say, dvaita and advaita philosophy.

The best way of learning journalism, as I mention repeatedly, is to think and act like a journalist. And one sure way of doing so is to find time to go through some of the compilations of great journalism. Not only will you get an idea of what was done by journalists before you, but you also get to read and update your knowledge about events, people, and places in history.

1) The Faber Book of Reportage (edited by John Carey)

2) The Mammoth Book of Reportage

3) The Granta Book of Reportage 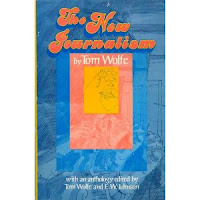 4) The New Journalism, by Tom Wolfe

6) The Playboy Book of Interviews

7) The Penguin Book of Columnists

Needless to say, very few Indian names once again, but most good publications (like The Times of India and The Hindustan Times) have brought out compilations of their best work. There is also a so-so compilation of stories from The Week*, and a very good compilation from Tehelka called The Best Of Tehelka*.

This is a sure shot way of learning how journalism works and how journalists work. The very best people in the business have put it all down on a platter for young journalists and you would be foolish not to partake of a great feast. My own favourites are:

1) A Good Life,* by Ben Bradlee, the executive editor who turned The Washington Post around

3) A Personal History,* by Katherine Graham, the publisher who oversaw the Watergate expose

4) A Hack's Progress,* by Philip Knightley, the investigative writer who outed Kim Philby 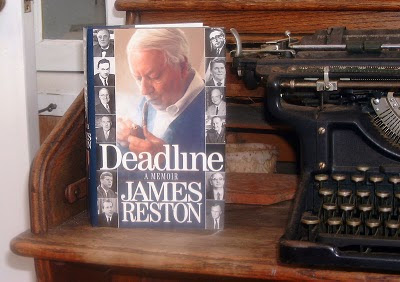 7) A Reporter's Life, by Walter Cronkite, the TV anchor who sobbed as he read out the news of JFK's death

Fortunately, some Indian editors and journalists have done justice in this arena. There is A Reporter At Large, by M.V. Kamath, the former editor of The Illustrated Weekly of India, which gives you a great idea of post-Independence India.  The Contemporary Conservative, by Dhiren Bhagat, offers you a fine snapshot of an iconoclastic journalist who died very young. And Amita Malik's memoirs are brilliant and forthright.

Another great way of learning more about our business. There are a couple you must try to read. The first is Paper Tigers, by Nicholas Coleridge, in which he profiles some of the world's great publishers, including three from India: Samir Jain of The Times of India, Aveek Sarkar of the Ananda Bazaar Patrika group, and Ramnath Goenka, the feisty founder of The Indian Express. But my all-time favourite is The Years With Ross, by James Thurber, in which he profiles the eccentric founder-editor of The New Yorker, Harold Ross.

Most great journalists have published collections of their stand-out work. And these books by some of the very best are always at my bedside.

1) Essays, by George Orwell, unquestionably the most vibrant columnist of the 20th century.

2) Dateline Toronto, by Ernest Hemingway, a collection of his newspaper columns

4) The Best Of Plimpton, by George Plimpton, the pioneer of participatory journalism

7) In Character, by John Mortimer, a collection of interviews 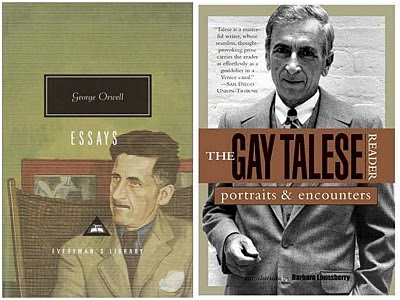 There are some outstanding Indian compilations: Byline* by M.J. Akbar, the former editor of The Asian Age; The Book I Won't Be Writing And Other Essays, by H.Y. Sharada Prasad; and T.J.S. George's The First Refuge Of Scoundrels. These last three were published in 2003, so they should be readily available. There is also Mr Editor, How Close Are You To The Prime Minister? by Vinod Mehta, editor-in-chief of the Outlook group, and I Muse, Therefore I Am, by V.N. Narayanan, the disgraced editor of The Hindustan Times. 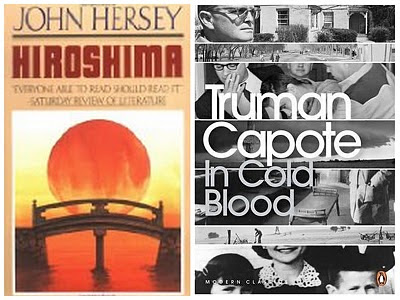 Some books by journalists have become classics: Hiroshima,* by John Hersey, a sterling account of the victims of the nuclear bombing; In Cold Blood,* by Truman Capote, a reconstruction of a serial killing in Kansas; The Jungle, by Upton Sinclair, on the horrific conditions in the American meat packing industry. But my own personal favourite is Fear And Loathing In Las Vegas,* by Hunter S. Thompson, a drugged-out, tripped-out modern classic by the Father of Gonzo Journalism.

* Books available in the Commits library