How to get story ideas

If you have a nose for news and if you know where to look, it's easy to come up with story ideas.

Here's just one example. I saw an unusual photograph (see below) on LinkedIn, posted by Commitscion Shane Jacob (Class of 2005), on September 29. 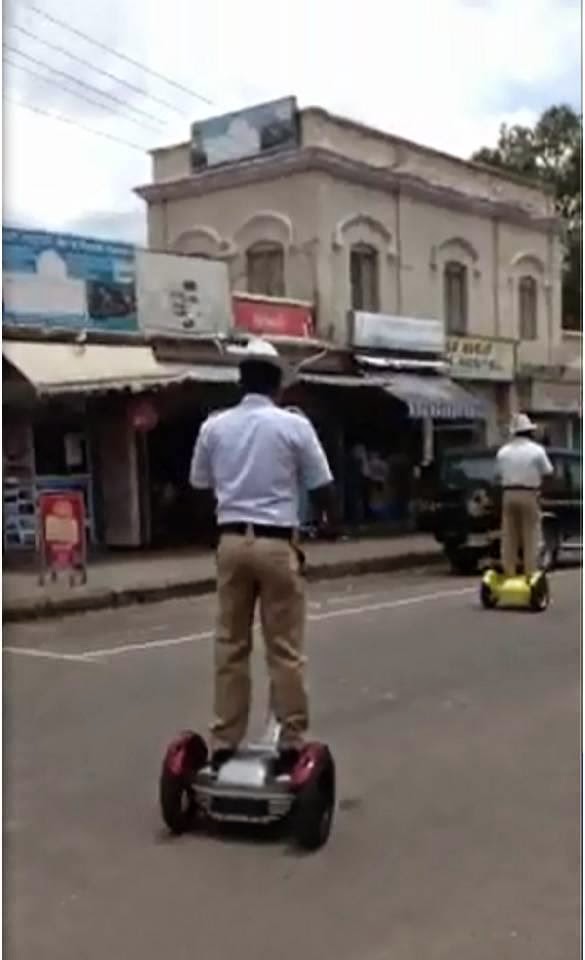 Straightaway I saw the possibilities and sent this e-mail to Commitscion Tapasya Mitra Mazumder (Class of 2013), who is a reporter with Bangalore Mirror:

http://www.greendzine.in/Irrway.aspx
Police in Mysore are using this device, according to a post I saw just now on LinkedIn.
(Photo attached.)

Yes, this is fantastic.


She worked on the story and submitted it the same day. It was published the very next day: 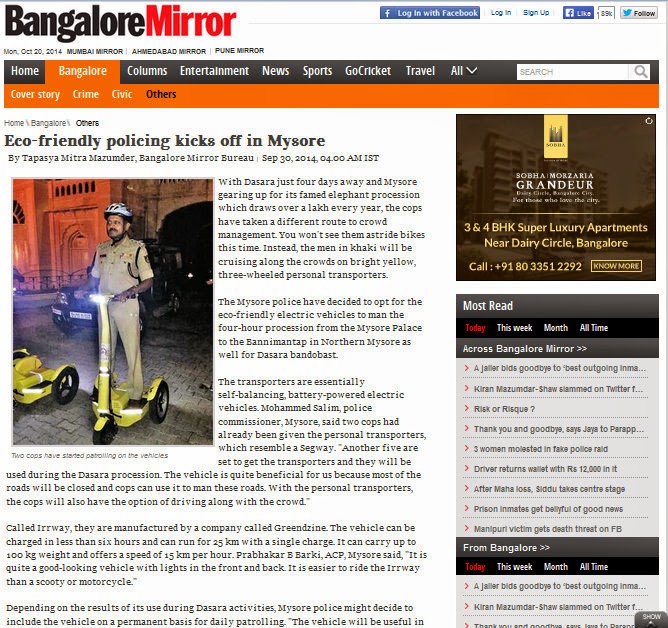 Tapasya wrote to me afterwards:

People in my office were very impressed with me. :P

I called up Mysore police commissioner for information. He gave me the information and passed me the contact details of the ACP who took me through the details like vehicle specifications and all.

My boss was surprised I got the story. And then I told him that you had shared it with me. :-)


And today, almost three weeks after Tapasya's piece was published, The Times of India has an Irrway story on Page 4: 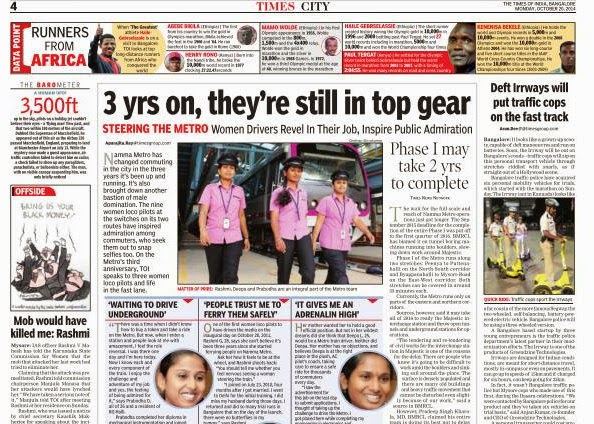 Easy-peasy about sums it up.