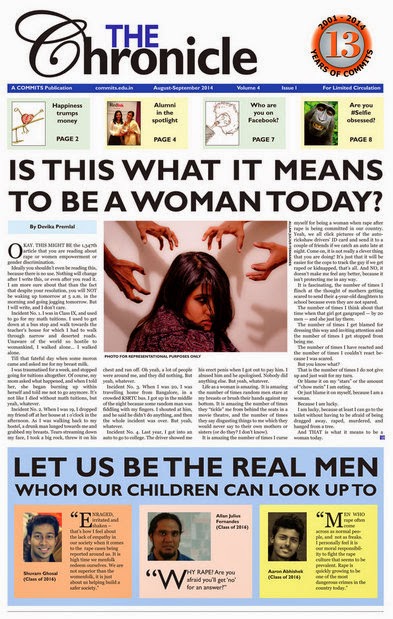 Read this powerful lead story in the college newspaper by Commitscion Devika Premlal (Class of 2015) here.
I read the cover story in your magazine's latest issue. As a man, every time I read about incidents [such as the ones described by Devika Premlal], I squirm. I think what Prime Minister Narendra Modi said on I-Day is so true and so important. Parents (especially mothers, but sisters as well) must raise their sons (and brothers) to respect women and send out the message that complaints from girls about misbehaviour will be taken very seriously.