Meet the Norwegian writer who has become an international literary sensation with a 3,500-word autobiography

Reading this profile in The Economist of the new international literary sensation Karl Ove Knausgaard was enough to make me rush over to Amazon and order the first volume of the Norwegian writer's 3,500-word autobiography, which has been hailed as the most exhaustive account of a modern life ever written: 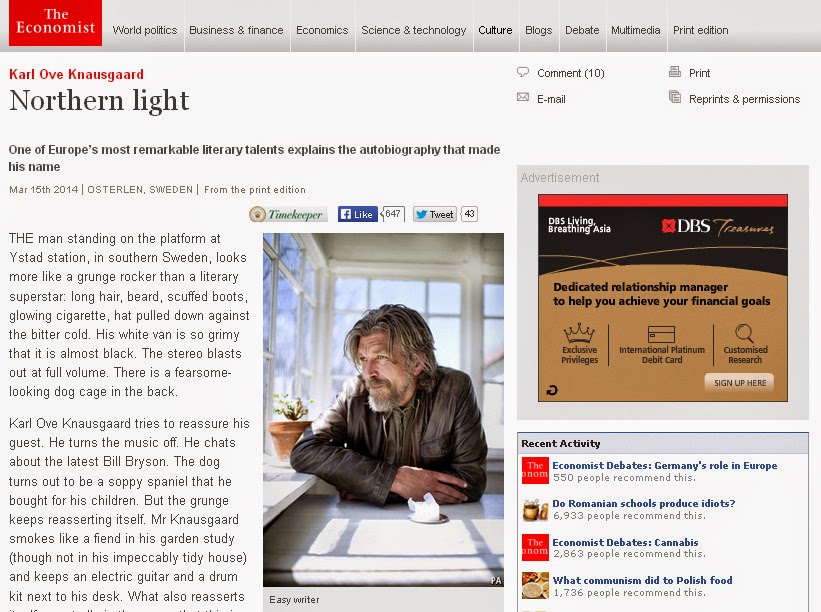 
Knausgaard devotes pages to buying beer as a teenager, or pushing a pram as a new father. But he is saved from being boring by four things.

The first is the energy of his writing: what it lacks in polish it makes up for in immediacy.

The second is his willingness to “put everything into a book”, as he describes it. He not only dwells on things that other writers might consider to be beneath consideration. He dares to be politically incorrect: to reveal, for example, how humiliating it is for a hulking man to take his children to play groups.

The third element is the sense of transcendence: “My Struggle” is full of quasi-religious moments when the author sees something bigger lurking beneath the surface of events.

The fourth and most important thread is Mr Knausgaard’s father, a figure who provides the book with both its narrative drive and its all-enveloping sense of menace.


The Economist is not the only publication to lavish praise on Knausgaard and his magnum opus:

“Powerfully alive . . . Knausgaard is intense and utterly honest, unafraid to voice universal anxieties . . . He wants us to inhabit the ordinariness of life, which is sometimes visionary, sometimes banal, and sometimes momentous, but all of it perforce ordinary because it happens in the course of a life, and happens, in different forms, to everyone . . . There is something ceaselessly compelling about Knausgaard’s book.” — James Wood, The New Yorker (selected as one of the Books of the Year)

***
“A fantastic novel . . . I cannot say anything other than that I am looking forward desperately to the rest of it.” — Dagsavisen (Norway)

***
“Between Proust and the woods . . . Like granite, precise and forceful. More real than reality.” — La Repubblica (Italy)

PR, Advertising, and Journalism go to a party...

Advertising: You're at a party with a bunch of friends and you see a gorgeous girl. One of your friends goes up to her, points at you and says, "He's rich. Marry him."

Ramesh Prabhu
Journalism: As you join the party, you see PR and Advertising quarrelling over the prettiest girl there. You swing by, give her the look, throw her a line (or your byline -- you're a journalist, after all!). And she says, "Marry me."

What matters most in good writing

So says William Zinsser, the author of the classic bestseller On Writing Well. Which I loved for its approach to teaching the craft — and art — of writing.

And which is why I am now savouring Writing Places, another wonderful book that possesses, according to one reviewer, all the qualities that Zinsser believes matter most in good writing: clarity, brevity, simplicity, and humanity. 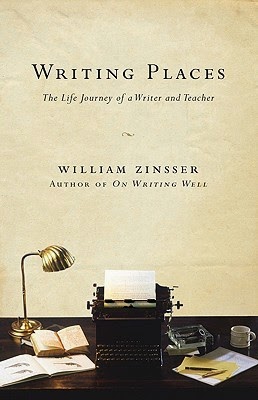